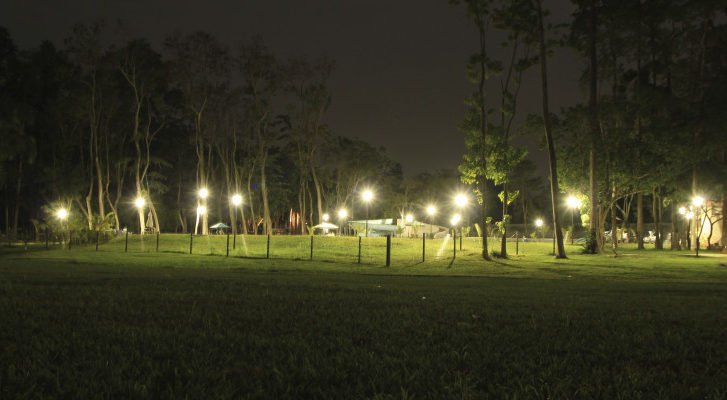 Despite all the ‘shenanigans’ in America now, if I published a report today (March 2nd 2017) on the economic condition in America, quoting the statistics of 2003, 2008 and based on discussion in 2015 I think we would all know it was irrelevant. Yet in Sub-Saharan Africa [SSA] it is common that such things happen, I have often said “bad data, leads to bad analysis, leads to bad decisions which leads to bad investments”

Despite world funding agencies being a platform of reference they often are staffed by consultants whom while knowledgeable are also required to prove their value, without having a real customer. I find it is often the case that they ‘arbitrage’ the knowledge gap and sensationalise the wrongs in Africa to paint a more glorious picture of the progress they make, frequently unjustifiably.

There is no doubt that Africa is in need of infrastructural assistance; I am certain if many of the countries had not sold off their natural resources for a pittance and a promise, the West would be making plans for ‘regime change’ here too. Is Africa in need of western consultants justifying their day rates? Is Africa in need of funding institutions conducting ‘consultation workshops’ but not examining the findings? I think not.

In the days now of digital cameras, it is easy to capture and portray and image which is lasting and often forbearing on our minds, it is also easy to publish poorly research documents on a platform which portrays accuracy and rigour of research, but as we often hear nowadays we also live in an era of ‘fake news’. To me this era is becoming defined by not just a rush to be the first, but also to jump to a solution without full examination of the facts and without rigour of examination of those facts, perhaps this is the colonial mentality of “we know best” or a consultant’s rush to be the ‘saviour’ of problem.

I for one expect global funding agencies to be far more responsible in their publications, and be exact to the nature of the issues and not jump to a solution and certainly use accurate and timely data to justify their position.

I recently had the privilege to talk at a conference arranged by DAWN Commission, a non-political (if that’s possible in Nigeria) organisation set up to structure long term development for Western Nigeria. http://dawncommission.org/. The conference was on the development of open data for the region and its use in developing prosperity; it was arranged jointly by DAWN and DFID, and despite my initial reservation about the topic, the event proved to be a very enlightening and thought provoking couple days.

At the conference the problems of getting access to data in Nigeria was raised as a very significant challenge – often therefore people, agencies, NGO’s etc. resort to generating their own data, sometimes duplicating and frequently contradicting official sources. In some cases, collation can renew the data, and where rigour of data collection can be proven it often enriches decision making processes, but were the data is collected via desk studies and ‘projections’ (i.e. guesses) are overlaid and then wrapped with digital pictures and Microsoft graphs, users need to examine substance over form.

When I was in banking, which feels like a life time ago, we had what we called the weight test for reports, that is if you dropped it on a table did it make a ‘thud’. Despite pitch books or investment memorandums being hundreds of pages long, only the front four page executive summary was read. The weight test often gave the illusion of rigorous analysis, among the banking analyst is was simply a competition to prove who could fill the most amount of paper in the shortest period of time, often working 24 hours a day for days on a stretch for no other reason other than to prove levels of testosterone and coffee consumption.

In a situation such as SSA, where data is often already deficient, to have cause to question the motivation of those that publish reports, in addition to the validation of their data is a costly distraction from the problems faced from communities, government and business, what is more it cannot aid the process of problem solving.

As I write I am reminded of the early lessons of computing some 30 odd years ago, the qualities of data are; Completeness, Validity, Accuracy, Consistency, Availability, and Timeliness. One might have the platform to make the data available, it does not ensure the that the other five qualities are fulfilled.

Let’s not throw the baby out with the bath water, it is certainly a fact that any global agencies have a perspective and lessons learnt from other parts of the world which can be applied; but ultimately many of those such agencies are commercial agencies, one needs to remember that information come at a cost, and like all commercial banks they’ll lend you the money for you to buy that information. So the issues become, does the cost justify the benefit, well only time will tell, but time to date suggests it is not.

Recently twitter and the like were abuzz with the warnings of catastrophic proportion in relation to air quality, World Health Organisation (WHO) produced some lovely artistic videos of the nearing apocalypse, (are you starting to detect my cynicism??) and political bodies of all persuasions started to raise up and army, equal only to that of the wildlings in size and cause….

Hang on a second, I am not a climate change denier and I am certain that the effects of mass urbanisation and desertification are causing very significant harm to our planet; historical anomalies in industrialisation and globalisation have meant that the distribution of growth is unequal and wealth is not evenly distributed, but a blog ain’t going to fix that, and let’s face it life is not fair to all either, and it would be boring if it were.

The #1 city for air pollution, according to the WHO Data  is in Nigeria – Onitsha, Anambra State, certainly a city with a lot of environmental problems, the facts were that Onitsha air quality was almost twice as bad and cities such as Beijing or Kabul which spring to mind when one thinks of air polluted cities, and air quality was more than 25 times worse than London.   But it only had 1 testing station, London has 50 and the data was from 2009!!! population density is 2.59x greater in Onitsha than in London.

Is this a good set of data to base any planning decisions, let alone generate publicity  about?

I am not in anyway proposing Onitsha is economically or developmentally equivalent to London.  I am simply trying to show that bad data will lead to bad decision.  Onitsha is like most SSA urban centres a magnet for rural workers looking for employment.  The speed of migration far exceeds any ability to undertake planning and public service development.

Development aid if granted, from my experience is predicated on grand master plans written by favoured consultants, often teleported in with boiler plate presentations of how it should be done contra to that is local consultants saying ‘this is xyz, that won’t work here’.

Solving the problem, is not just about cleaner fuel, disposing of garbage better or even growing more trees.  I have already seen three (3) presentation sent to me, quoting the WHO proposition that Onitsha is the worst polluted city in the world, just read the national news headlines; like a virus these headlines spread and actually cause panic and paralysis to governing institutions.

Organisations such as the WHO, UNFCCC and other multi-national, and their national (quasi international) partners DiFID, AFD, USAID etc. have a duty to act responsibly, headline grabbing stories are just headline grabbing – they must stand up to scrutiny, even at a local levels which they often ignore.

As one local official put it to dismiss the WHO findings;

“We know pollution is very bad here. But this city must be much better than Lagos,”